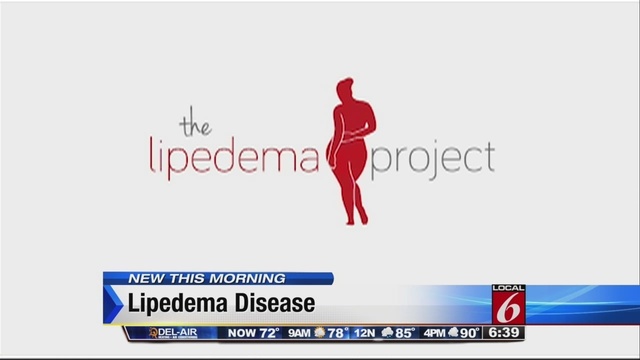 “As I was growing up, I was always overweight,” she said.

But by puberty, Zepeda’s weight got even worse.

“It just started coming on, and I couldn’t stop it. My legs kept getting larger,” she said.

But Zepeda managed a modeling career.

“I would look at other plus-size models and I would think, ‘OK, we are the same size. Why are their legs normal? Why do they have small ankles, and why don’t they have these skin folds?'” Zepeda said.

At 29, Zepeda finally got answers. She was diagnosed with lipedema. Local 6 News spoke to her doctor via Skype.

Dr. Mark Smith said, “Most patients don’t even know they have lipedema. I have seen women break down in tears once they receive their diagnosis, because their whole lives they’ve been told they’re fat and they’re not exercising; not eating right. Meanwhile, they have a condition that’s not as simple as diet and exercise.”

So what is lipedema? It’s the excess deposit and expansion of fat cells and fluid in an unusual pattern found in the extremities. It can be very painful and debilitating.

Here’s what it looks like: It shows up disproportionately, in large columns like legs, usually from the waist to just above the ankles.

Lipedema fat cannot be exercised or even starved away.

“I kept thinking, ‘What am I doing wrong? Why isn’t it working?'” Catherine Seo said.

Seo was diagnosed with lipedema in 2012.

Smith said the biggest problem with the disease is knowledge.

“Although it’s been around for 75 years, most physicians, if you poll them, will have never heard of it,” Smith said. “I think that’s a big problem right off the bat.”

Seo has made it her mission to spread the word, traveling the world, even filming a documentary on lipedema.

“We are not alone anymore,” Seo said. “That’s the thing that (is) so amazing.”

Lipedema is inherited, and puberty, pregnancy and perimenopause exacerbate the process. Treatment is compression therapy and liposuction.

“The main thing I want people to remember is it’s not your fault,” Zepeda said. “We finally know what we have, and once you know what you have, then you can learn to live with it.”

Both Seo and Zepeda have had surgeries, but insurance does not cover this procedure — at least not yet.

Approximately 11 million women in the U.S. have this disease, but the majority of those women are unaware they have it. Local 6 has placed more of Seo and Zepeda’s interview, as well as a link to more information about lipedema, on the Local 6 Facebook page.